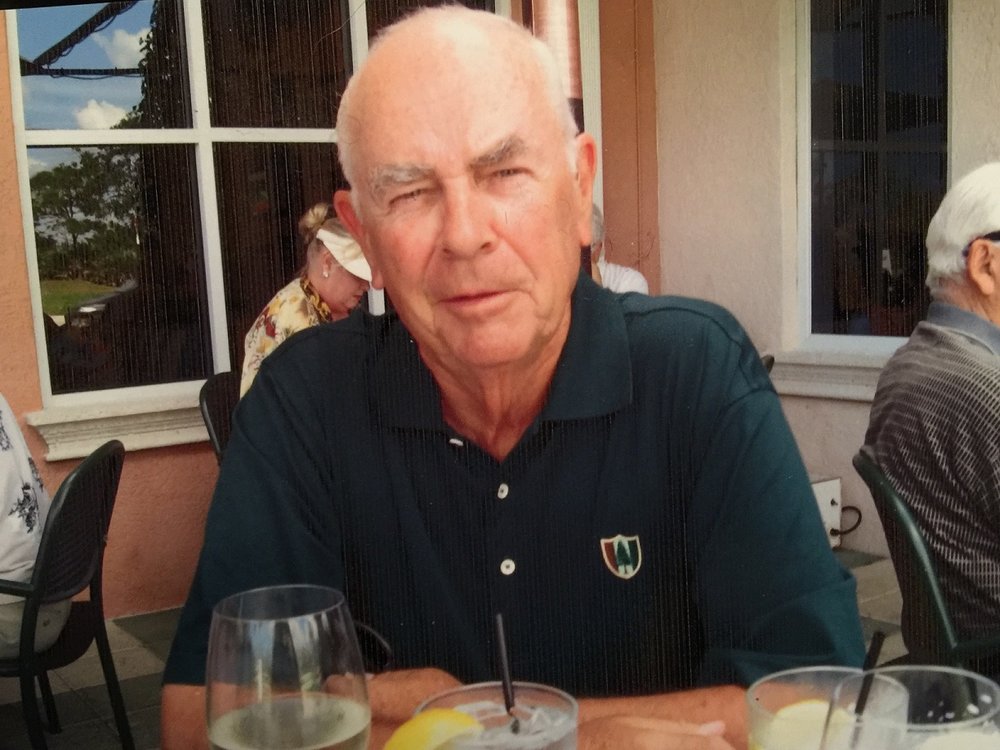 Please share a memory of Thomas to include in a keepsake book for family and friends.
View Tribute Book

Thomas J. Whitaker of Merion Station, Pennsylvania, passed away October 20 at home surrounded by family. He was 89.

Tom was born to Benjamin and Winifred Tyrrell Whitaker on September 2, 1931, in the Manayunk neighborhood of Philadelphia. He graduated from St. Joseph’s Prep in Philadelphia and quickly found full-time work. In 1954, he married Miriam Stokes, who survives him along with their seven children; Matt (Kelly), Terry (Greg Koorhan), Julie (Bruce Woltanski), Dave (Jill), Clare (Dan Lange), Marty (Elise), and Andrea (Greg Waggle). He is also survived by sisters Eileen, Ann, and Sis and his 20 grandchildren and one great-grandchild. He was predeceased by his parents, brothers Gene and Joe, and sister Mary.

Tom was just four when his father died of rheumatic fever. Like his six siblings, he worked at an early age to contribute toward the family’s needs. As a young man, with the guidance of his older brothers, Tom excelled in his first sales roles and married the love of his life. By his early 40s, Tom rose to the position of vice president at Edgcomb Metals, of Bensalem, PA. With his career progressing and his family growing, he and Miriam lived in Glenside and then Jenkintown.

Tom became president at Edgcomb in 1977 and, in the same year, the company was acquired by the Williams Companies of Oklahoma. This prompted the family’s move to Tulsa. After five years there, Tom became president of ALstrip, Inc., of Skokie, Illinois. Settling in nearby Wilmette, he led the company until his retirement in 1994.

Tom was known for his upright leadership, his love of family and friends, his flair for storytelling, and his complicated relationship with golf. Never content with his backswing, what he treasured was the game’s character and the characters who shared the course with him – from North Hills in Pennsylvania and Sunset Ridge in Illinois to New Jersey’s Pine Valley and The Dye Preserve in Florida.

As the jovial patriarch of a big family, however, much of his golden years were spent visiting children and grandchildren. There were graduations, sports activities, theater performances, and more. And, of course, there was plenty of parental advice along the way.

Tom’s many lasting memories include time spent at the Jersey Shore. Last year, all seven kids joined their parents in Avalon for a long weekend filled with stories, games, laughs, and only a few sibling arguments.

In his final weeks, he enjoyed visits with family and talked by phone with friends and former colleagues. He shared stories, expressed thanks, eased emotions, and accepted love. He was grateful to have lived a long, good life, and we are better for having been part of it.

To plant a beautiful memorial tree in memory of Thomas Whitaker, please visit our Tree Store

Look inside to read what others have shared
Family and friends are coming together online to create a special keepsake. Every memory left on the online obituary will be automatically included in this book.
View Tribute Book
Services for Thomas Whitaker
There are no events scheduled. You can still show your support by planting a tree in memory of Thomas Whitaker.
Plant a tree in memory of Thomas
Share Your Memory of
Thomas
Upload Your Memory View All Memories
Be the first to upload a memory!
Share A Memory
Plant a Tree