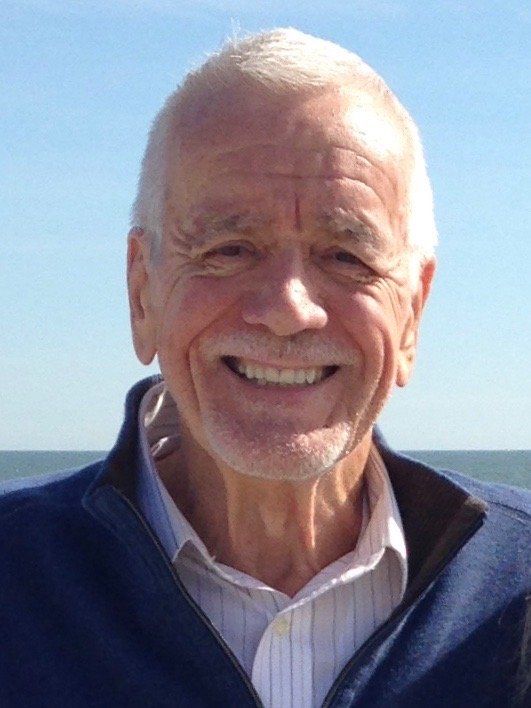 Please share a memory of Michael to include in a keepsake book for family and friends.
View Tribute Book

He was born in Philadelphia, PA to Joseph and Thelma Slawek. He grew up in Roxborough with his parents, two brothers, and sister, living right next door to his grandfather's butcher shop.

He attended St. Joseph's Prep and St. Joe's College. He played football at both schools, and was even voted "All Hawk Hill" for his talent on and off the field while in college. He also was a lifeguard and a swimming instructor during these years, and many of his students went on to become successful athletes in the sport.

After graduating from college, he worked as a history teacher and swim coach at a local school. During this time, he also took science classes, which were prerequisites for dental school, at night at Villanova University.

He attended Temple University Dental School and earned his DDS degree. After graduating, he served as a Captain in the Air Force, and got to travel to many countries. He trained under an oral surgeon, played football, and also coached football while serving.

After serving in the Air Force, he built a successful dental practice in his hometown of Roxborough, and practiced there for many years, serving his community. While practicing dentistry, he also did consulting work for unions. His research had been published by the American Association of Dental Consultants. In addition, he also found time to help coach Roxborough football. He was heavily involved in philanthropy, and donated to many causes and schools, including not only the ones he graduated from, but also Roxborough High School and Roman Catholic High School. In 2016, Michael was inducted into the Roxborough High School Sports Hall of Fame, receiving the Dave Hare Service Award for his leadership and community involvement.

Michael loved the shore, swimming in the ocean, and boats. He was the owner of a few boats throughout his life, and even built one when he was younger. He spent as much time as he could at the Jersey Shore, and was also the proud owner of two restaurants in Cape May, NJ.

Michael was a lifelong athlete, and in his later years took up golfing. He joined the Toads golf club, and was a member for many years. He was also an avid skier, and for many years took yearly ski trips to Aspen, Colorado.

Not only was he an exceptional dentist, but he was also a skilled carpenter. By nature, he was a true artist. He had a deep appreciation for learning and reading, and loved to teach. He was an incredibly hard worker, and was even more giving.

He is preceded in death by his parents and two brothers. He is survived by his wife, six children and their spouses, twelve grandchildren, and his sister.

To plant a beautiful memorial tree in memory of Michael Slawek, please visit our Tree Store

Look inside to read what others have shared
Family and friends are coming together online to create a special keepsake. Every memory left on the online obituary will be automatically included in this book.
View Tribute Book
Services for Michael Slawek
There are no events scheduled. You can still show your support by planting a tree in memory of Michael Slawek.
Plant a tree in memory of Michael
Share Your Memory of
Michael
Upload Your Memory View All Memories
Be the first to upload a memory!
Share A Memory
Plant a Tree