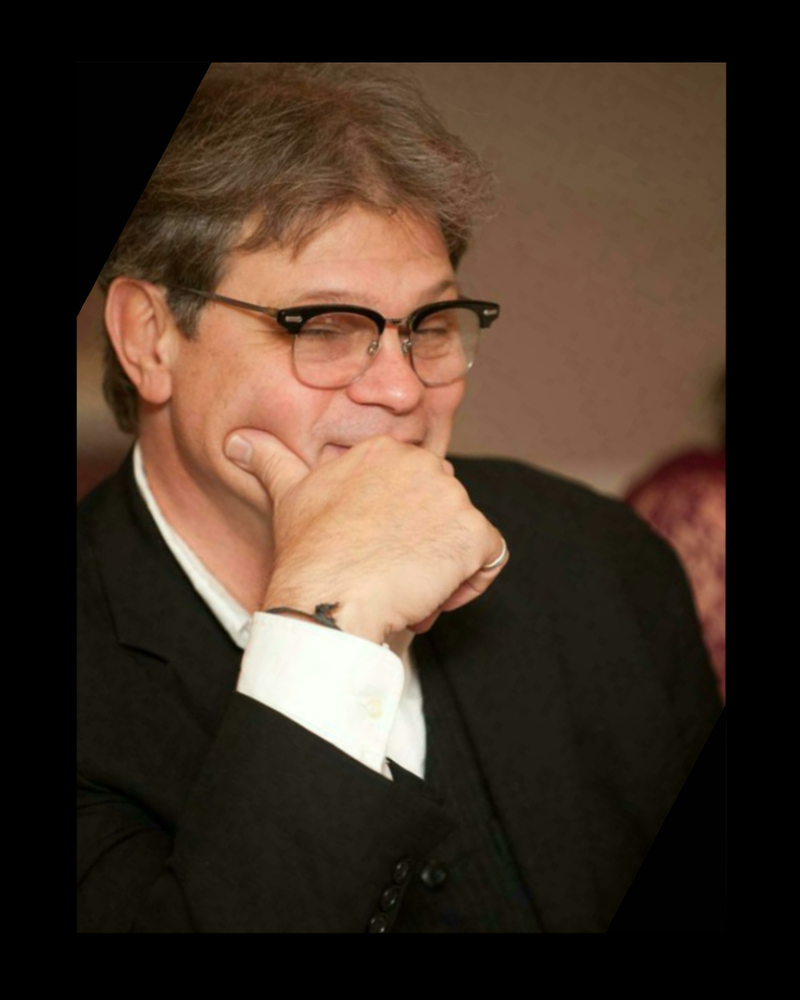 Please share a memory of Richard to include in a keepsake book for family and friends.
View Tribute Book

Richard Koslosky, 68, was taken too soon from his family and friends on November 28th, 2020.

He is survived by his loving wife and daughter; Sharon and Rosie, and his siblings Vincent,

Barbara, Raymond, and Albert. He is also survived by his dear friends Kathy and Ray

Richard was born in January 1952, and raised in Philadelphia, hailing from Port Richmond as

the youngest son of Harry and Frances Koslosky.

He graduated from Mastbaum High School in 1970, spent a few months delivering flowers in

New York until he came home. In the spring of 1972 he met his wife Sharon at a party she and

her roommate threw at her apartment. Richard and Sharon started dating shortly after.

In 1973 he was accepted to Temple and pursued a BA in journalism. While at Temple he was a

dedicated writer for the university newspaper, even making sure the paper was delivered

citywide during the strike of two Philadelphia metropolitan newspapers. He paid for his

education by working nights at Central Penn Bank. He graduated from his career at Temple in

Immediately after graduating, he claimed a full-time job at The Germantown Courier. While

working as a full-time reporter and editorial assistant he gained lifetime friends and memories.

Memories which he fondly retold to his daughter often.

After leaving The Germantown Courier in 1981, he began working for Comcast Cablevision in

1982, as the News and Public Affairs Director. He produced and hosted a public affairs talk

Richard and Sharon had been dating and living together for 10 years by this time. In their free

time, they had fun camping, biking, attending concerts, and visiting the Shore.

During his last year at Comcast, he began working for FOX29 as a stringer and in 1988 he left

Fox to join the news team as an associate producer and writer at 6ABC. During this year

Richard and Sharon began planning for a child. He was thrilled to become a father when his

to explore parts of South America, returning to his partner and child, bearded and well-traveled.

Using his skills and talent as a writer he told many stories 6ABC until he retired in 2011.

During his retirement, he started working for the state until his recent passing.

Richard was generous, sharp-witted, curious, and hardworking. He enjoyed delving into

traveling to Santa Fe, where he and Sharon planned to grow old and found joy taking father-

Richard Koslosky was a loving and incomparable husband and father, he will be greatly missed,

he had a considerable impact on many people's lives and will be a part of us forever.

To plant a beautiful memorial tree in memory of Richard Koslosky, please visit our Tree Store

Look inside to read what others have shared
Family and friends are coming together online to create a special keepsake. Every memory left on the online obituary will be automatically included in this book.
View Tribute Book
Services for Richard Koslosky
There are no events scheduled. You can still show your support by planting a tree in memory of Richard Koslosky.
Plant a tree in memory of Richard
Share Your Memory of
Richard
Upload Your Memory View All Memories
Be the first to upload a memory!
Share A Memory
Plant a Tree